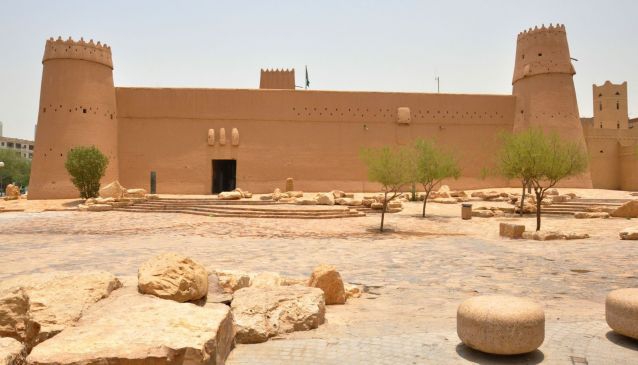 Located within the old district of Deerah, Al Masmak Fort is a 19th century fortified clay and mud-brick castle, and the location of the historic battle to conquer Riyadh by the founder of modern-day Saudi Arabia, Abdul Aziz Ibn Saud in 1902. The fort has four 18-meter high watchtowers with walls whose thickness measure 1.24 meters. A fort indeed. No wonder, as the name 'Masmak' means fortified.

Constructed during Mohamed bin Abdullah bin Rashid's reign in 1865, the fort was seized by the Al-Saud clan in 1902, restoring control of the area. Restored in the 80s, then converted into a museum in 1995, with a series of historic exhibits that showcase military and cultural history and artifacts, the fort has acquired a legendary standing among the Saudis.