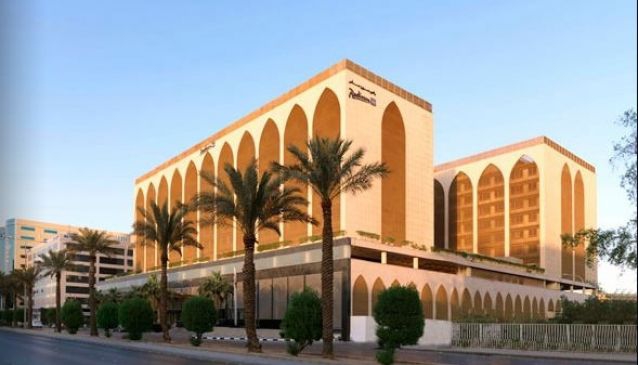 Radisson Blu Riyadh is a hotel that perfectly combines modern global hotel design trends with Arabian décor and traditional style. The hotel has 234 rooms that are fully equipped and have various design themes. Radisson Blu is well known as a business hotel due to the variety of services and amenities it offers such as the free Wi-Fi coverage, 12 extra equipped meeting rooms that can accommodate up to 600 people and its attractive position that allows for quick access to both city centre and airport.
The hotel also has plenty of relaxation amenities that include a fully equipped fitness centre (men only), a swimming pool, three restaurants Shogun (Japanese cuisine), Olivio's (Mediterranean cuisine) and Brasserie on Four the in-house Bakery and Café Vienna.

Create & Share your Guide to Saudi Arabia with friends and family!