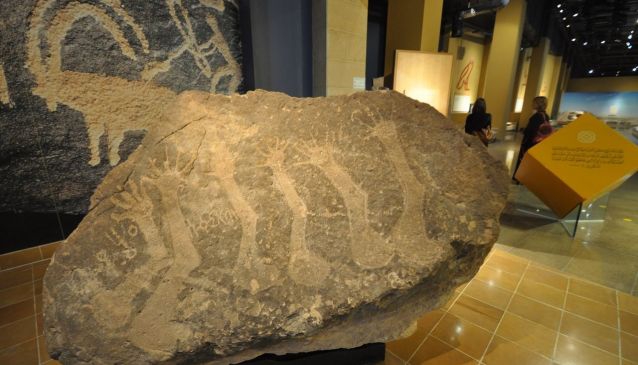 Directions to The National Museum

The National Museum of Riyadh proudly highlights the history of the Arabian Peninsula and its historical message.

Part of the King Abdul-Aziz Historical Centre, the National Museum is known for its comprehensive exhibits starting from the creation of the universe up until the modern age of he Arabian Peninsula.

The museum is run as a modern educational environment for the local community and visitors of all ages and occupations. Across eight major halls arranged in historical succession, multimedia exhibitions and documentaries are also presented alongside original collections of relics, documents, manuscripts and display boards. These halls include man and the universe, Arab kingdoms, pre-Islamic era, Hall of the Prophet's mission, Hall of Islam and the Arabian Peninsula, Hall of the First Saudi State and Second Saudi State, Unification of the Kingdom Hall and Hall of Hajj and Two Holy Mosques. Photo credit: Blue Abaya Photography