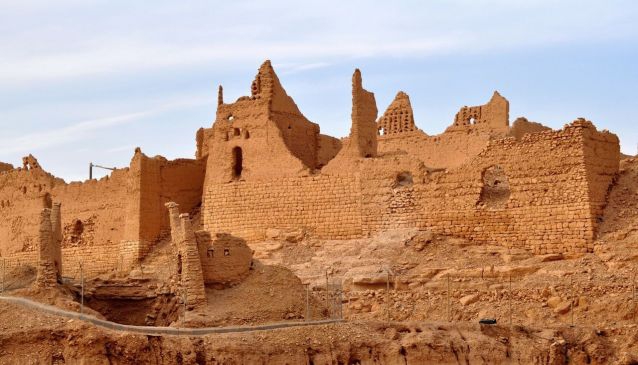 Declared a UNESCO World Site heritage in 2010, the ruins of the town of Dir'iyah - also spelled 'Ad Diriyah' - were built in 1466 by an Al-Saud clan ruler. Dir'iyah was the first capital city and the seat of power of the Saud dynasty from 1744 to 1818. The ruins include the ancient clan palaces made of mud brick, an ancient Wahhabi mosque, the city wall and urban constructions.

The oasis town of Dir'iyah is situated within the Turaif District within the valley of Wadi Hanifa in Riyadh. The area is known to have been inhabited 80,000 years ago, with rock carvings and various stone artifacts discovered in the area.

Today, with the growth of the capital city, the gates of Dir'iyah lie at the north-western periphery of Riyadh. Entry to the site is free.